The first to fly drones in Vegas, we are your original Las Vegas drone crew! With FAA Part 107 and 333 exemptions, we provide drones, cameras and drone pilots for capturing beautiful and breathtaking aerial images. Fly cameras by Arri and RED on the FreeFly Alta X, Alta 8, DJI Matrice 600 Pro, or take advantage of DJI’s X7 6k camera on the Inspire 2. No matter how tricky the shot, we will capture it safely and dynamically. Shoot with our drones in almost any location, including the Las Vegas strip. With our FAA part 107.29 waiver, the Aerial Video and Photo crew can fly day or night. Our team is comprised of video and film professionals with many years of experience in the motion picture and broadcast video world. Based in Las Vegas, Aerial Video and Photo has been using drones for television and film production since 2008.

We love what we do. To us, flying drones is not a job but a passion for capturing awe inspiring aerial imagery.

We have multiple drone and camera combinations. Our craft cary cameras as small as a GoPro and as big as a twin RED cameras. (3D Cinema Drone).

We keep our promises and deliver the highest quality aerial video every time.

We have a perfect safety record that shows our commitment to safe flight practices and drone maintenance.

Our drone fleet consists of a variety of different aircraft that shoot digital video with the highest quality cameras available.

We Love Realtors! See how we can make the difference in your listings being sold quickly and for the highest price.

Just a few of our aerial photography clients and partners…

We can fly where no other aircraft can. Our remote controlled aerial platforms are equipped to film from unique vantage points that are often too expensive, too dangerous or just impossible to shoot with full sized helicopters. Safely fly as low as 1 foot above the ground and as high as 400 ft, giving us a range of perspective that has never been possible until now.

A big advantage of using our drones/UAVs over using a camera crane or jib is our setup and launch time. Once on location, we can be in the air in as little as 8 minutes. Compare that to the typical setup time of a 30’ jib which is often times around an hour and a half. Capture aerial video in multiple locations in a short amount of time.

When you add up the cost of crew, fuel, permits, and insurance, to the cost of a full size helicopter, the added benefit of shooting with a drone is highly apparent.

Our most popular flying rig requires only about 9 cubic feet and can fit in the back of most compact cars. Our drones can also be transported on commercial airlines.

Often our drones can augment the use of jibs and camera cranes. Fly through narrow areas, city streets or natural obstructions, where a full-size helicopter cannot access safely. Our flying camera platforms give the Director or Director of Photography stunning shots, only dreamed of previously.

When shooting with a full size helicopter, the hourly charges can be extremely high making reshooting a scene, or waiting for the different light and weather extremely costly. Our UAVs allow you to dial in the perfect shot. 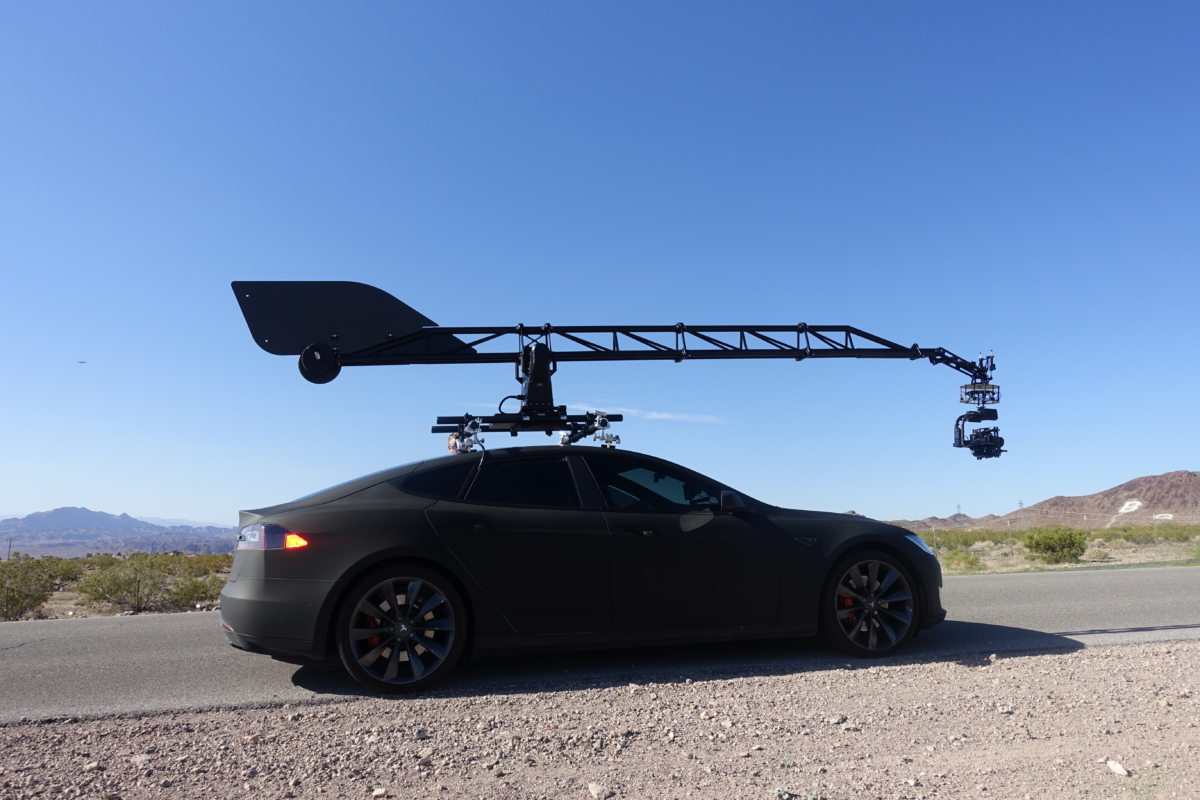 We offer Russian Arm and camera car services locally. Save thousands in production costs by booking your Ultra Arm and drone from Aerial Video and Photo.

As film and broadcast professionals, we have other support gear to help deliver the perfect dynamic shot. Gear like:

“We stand by our work and guarantee quality results. Book your aerial unit.